My first week during my 1-month visit to the United States was spent with my mom at my Aunt Noellie’s home in San Fernando Valley, California. I got to explore Los Angeles and Malibu, and we drove for about 3 hours to visit San Diego.

Because we were pressed for time, we booked somewhere near the Marina and the Balboa Park so we could be near these two destinations. We checked in at the Hyatt beside the Seaport Village and I was fascinated by the view from our hotel room – we just had to stop for a cup of tea, while taking in the beautiful midday view. 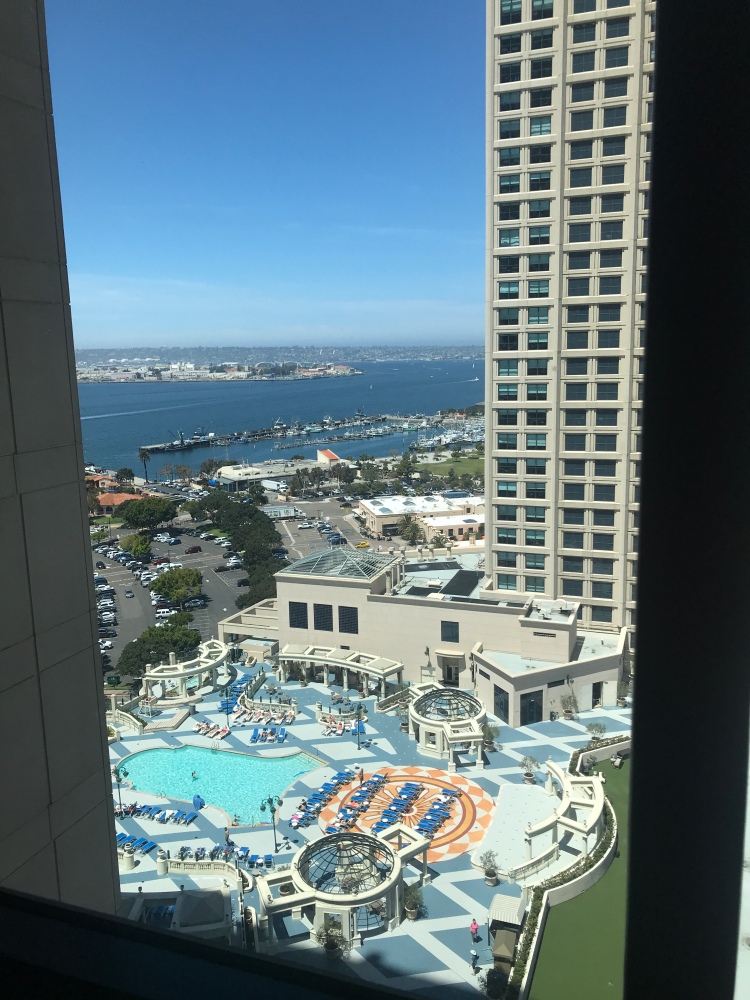 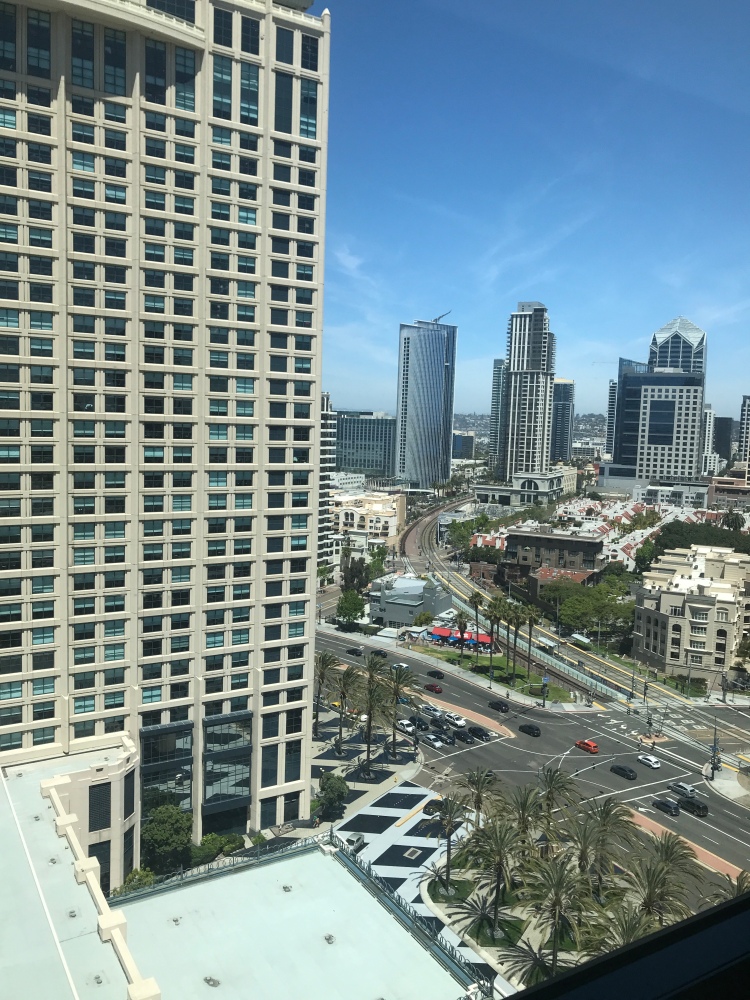 After checking in our stuff at the hotel, off we drove to the Balboa Park. It was a big interactive park with lots of things to do and to discover. It was a busy Saturday too, and there were lots of people having a picnic, playing at the park, or walking around exploring like us.

From where we parked we walked past the San Diego Air and Space Museum (couldn’t miss the jet displayed at the museum’s front); had a peek at the Starlight Bowl theatre; and walked into some countries’ houses in the House of Pacific Relations International Cottages. Here I read through the different countries’ information and browsed the items on exhibit. 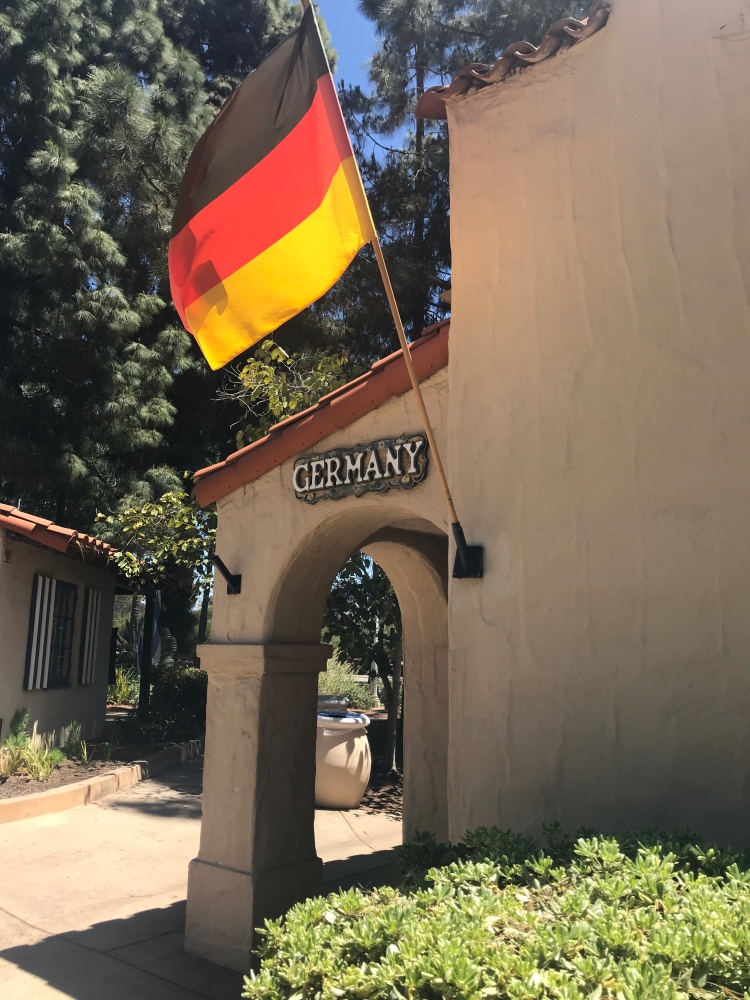 Afterwards, we had lunch at The Prado. We waited to be seated for about 5 minutes which wasn’t so bad given how busy that afternoon was. I was immediately impressed by the restaurant’s interiors. I liked my sandwich and greek salad. Lunch wouldnt’t be complete without a glass of their sangria which was a bit strong (but good!) for me. The Prado was located in The House of Hospitality – one of the most honored structures in Balboa Park which was built in 1915, using Spanish Baroque style. A few meters away from the resto is the lovely Japanese Friendship Garden. 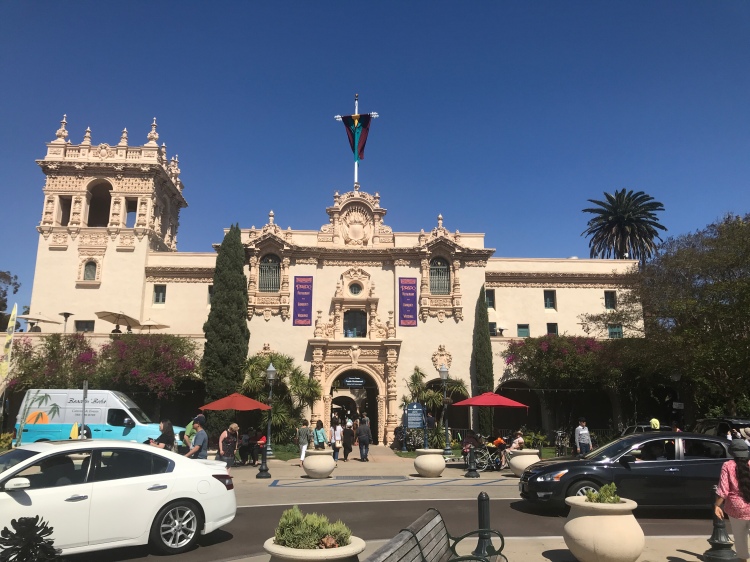 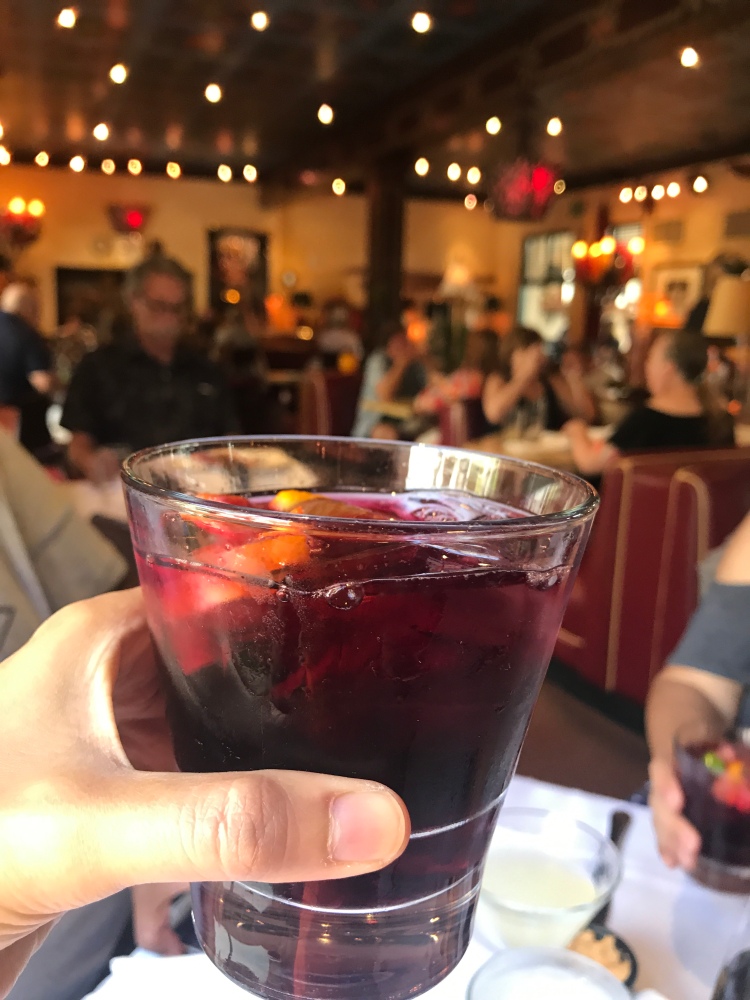 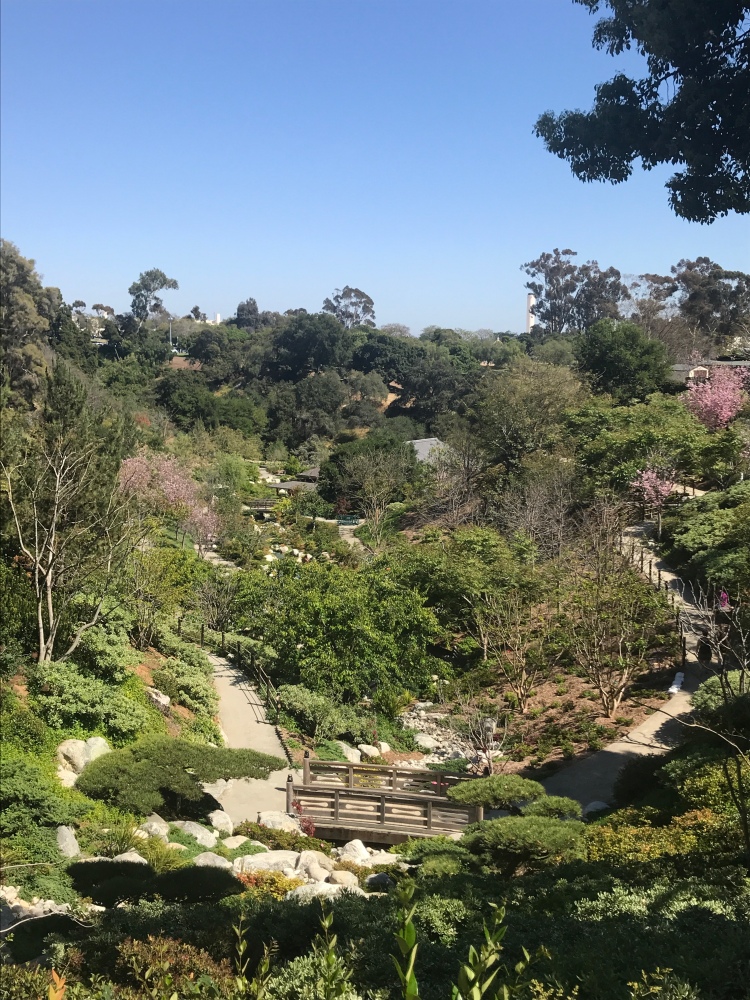 When we headed back to the hotel after lunch, my mom, aunt and uncle opted to rest and have their afternoon nap. I, on the other hand, needed to complete my ten thousand steps for that day so I walked to the Seaport Village. I liked the quaint little shops, cafes and restaurants in the Seaport Village. I kept walking and eventually reached the U.S.S. San Diego Memorial sculpture by Eugene Daub and Louis Quaintance. It was an artwork in commemoration of the U.S.S. San Diego and her crew who played a big role using courage and selflessness during the World War II. 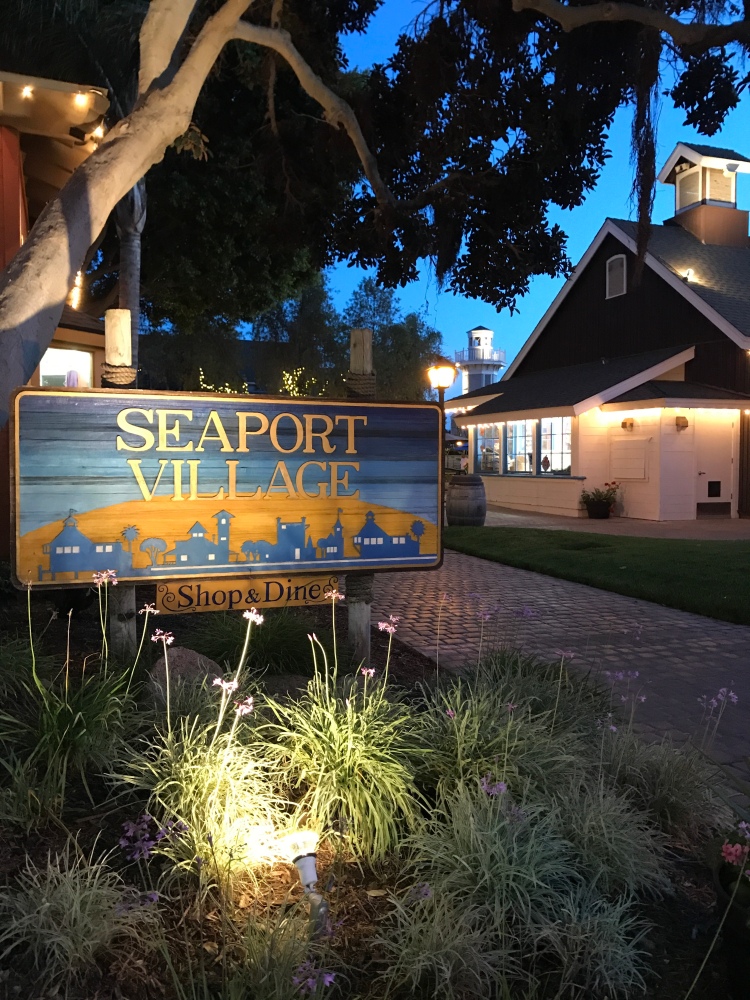 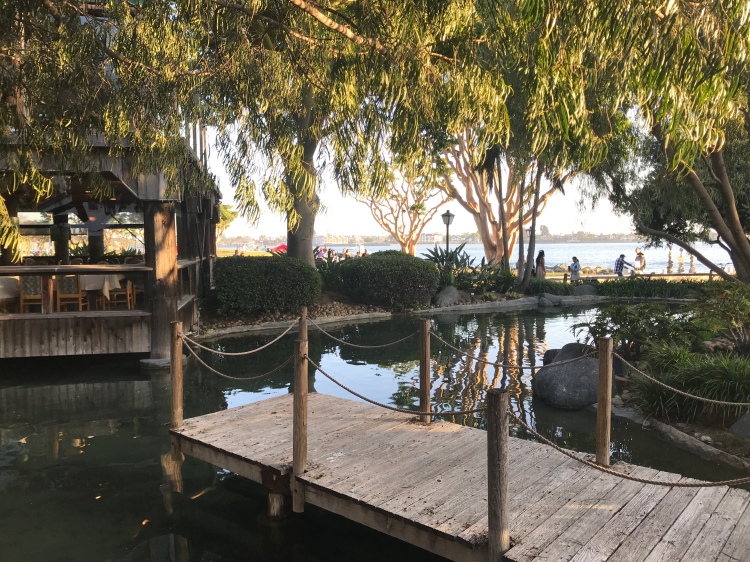 A few hundred meters more, I reached the bronze monument dedicated to Clifton A.F. Sprague; and then the kissing statue called Unconditional Surrender. When I was a child I saw a photo of a this in my dad’s coffee table book. 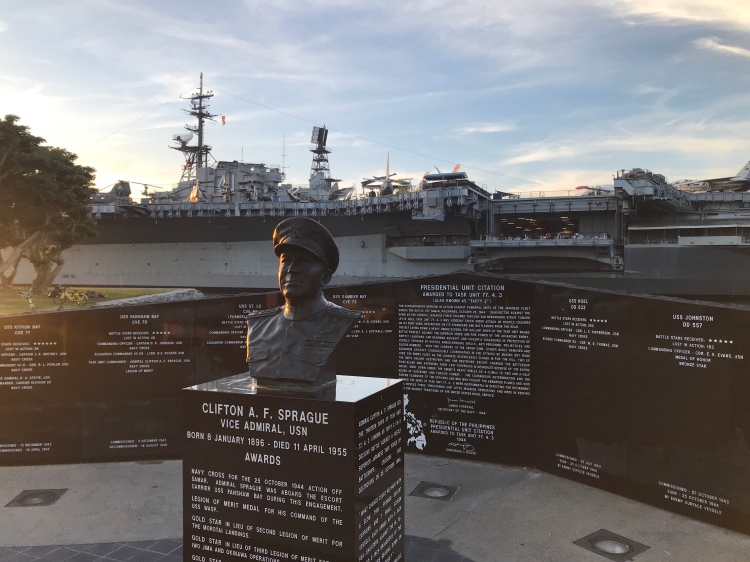 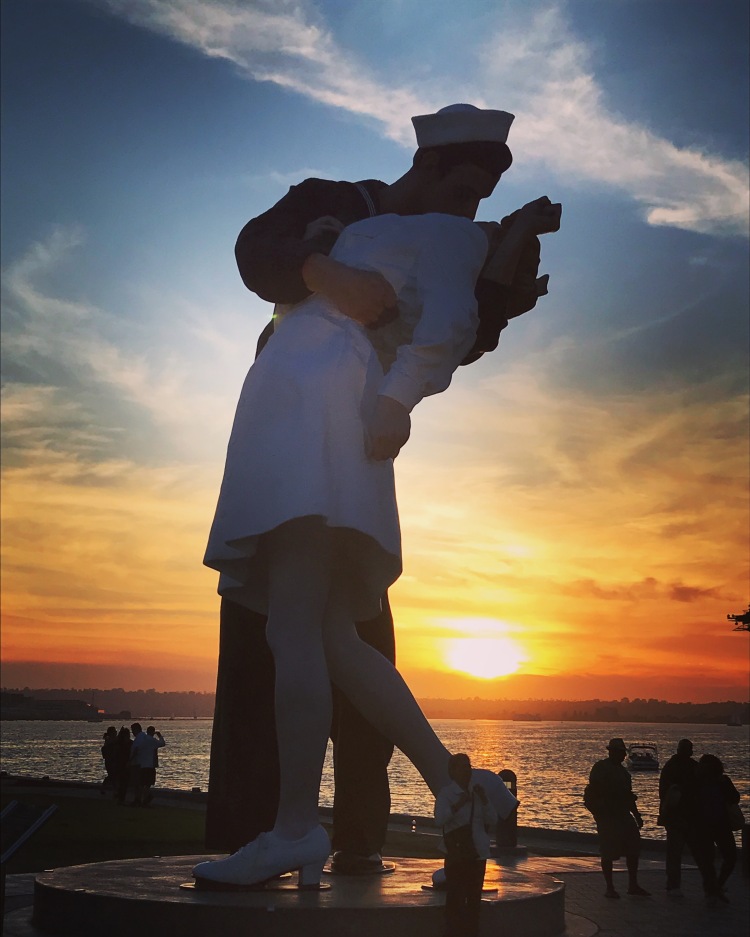 Close by is the National Salute to Bob Hope and the Military – a cluster of sculptures with a recording of Bob Hope’s speech being continiously played. It was almost dusk when I got to this place and the view of the sunset was spectacular. 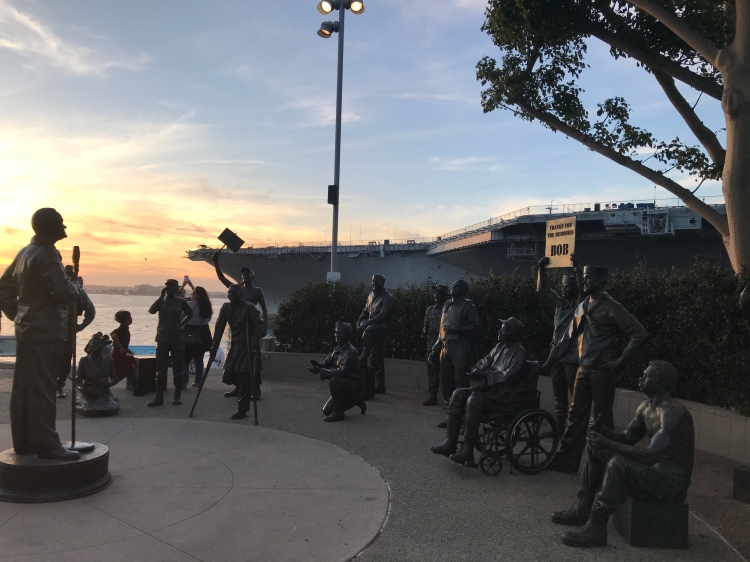 The next day I woke up early and had a bit of a walk to go to Little Italy. I went to attend service at a nice little church called Our Lady of the Rosary. It had beautifully painted ceilings. 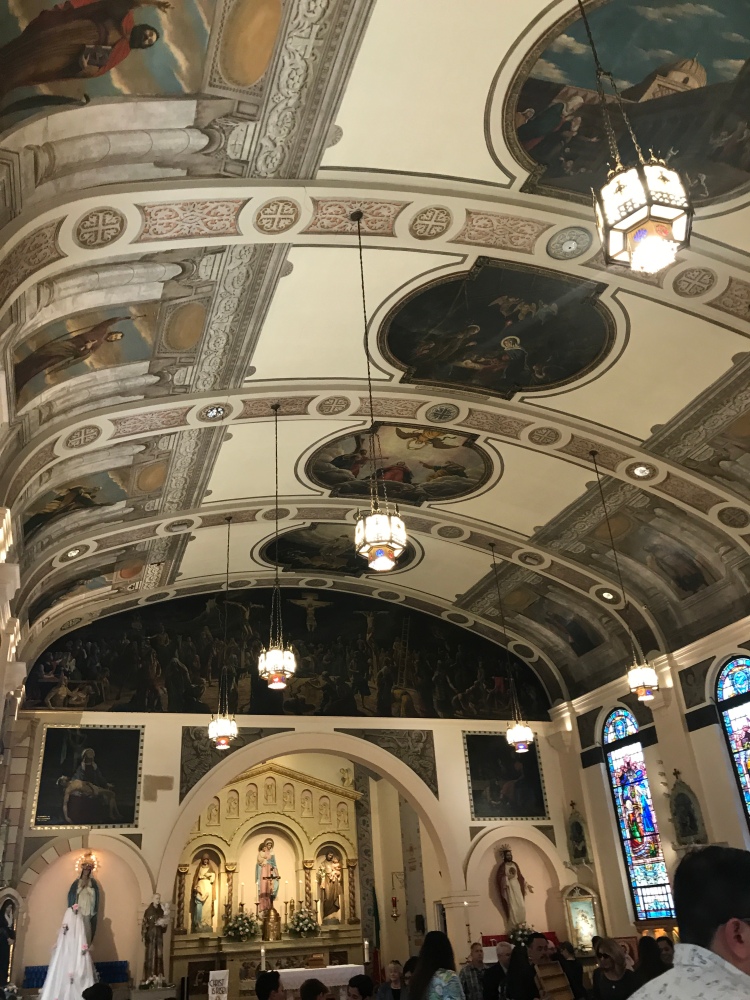 When we checked out of the hotel I brought the folks to the Unconditional Surrender, and we drove off to have lunch at National City where there were several Filipino restaurants clustered together.

If you liked what I’ve written on this post, check my other trips in North America: Montreal, Chicago, and Turkey Run State Park.