After a long day walking and biking the streets of Hida Takayama, it was a toss between getting an early snooze or grabbing a bite first. Grudgingly I agreed to eat out, as I am sure that as soon as I hit the sack I couldn’t be bothered to go out later on for late night snack.

Off we walked from the hotel to the bus terminal, as most of the restaurants at the Old Town were closed after 5 o’clock. And then we heard a couple of deep loud barks – an all-too familiar sound that shook my sleepiness off in an instant. About fifty yards ahead of us was a yellow labrador tied to the wooden gate of Hida Kokubunji Temple.

I admit it was the first time I realized there was a temple at this side of the road, and so near to the hotel where we were staying. It is an old Buddhist temple with a triple layer pagoda, a bell tower and a huge gingko tree. Inspecting the tree up close, I read that it is a natural national monument, with an age approximately 1200 years old. It was believed in the past that when the leaves of the gingko tree fall off, it would snow in Takayama. Now the people of Takayama cherish the tree as a symbol of changing seasons. 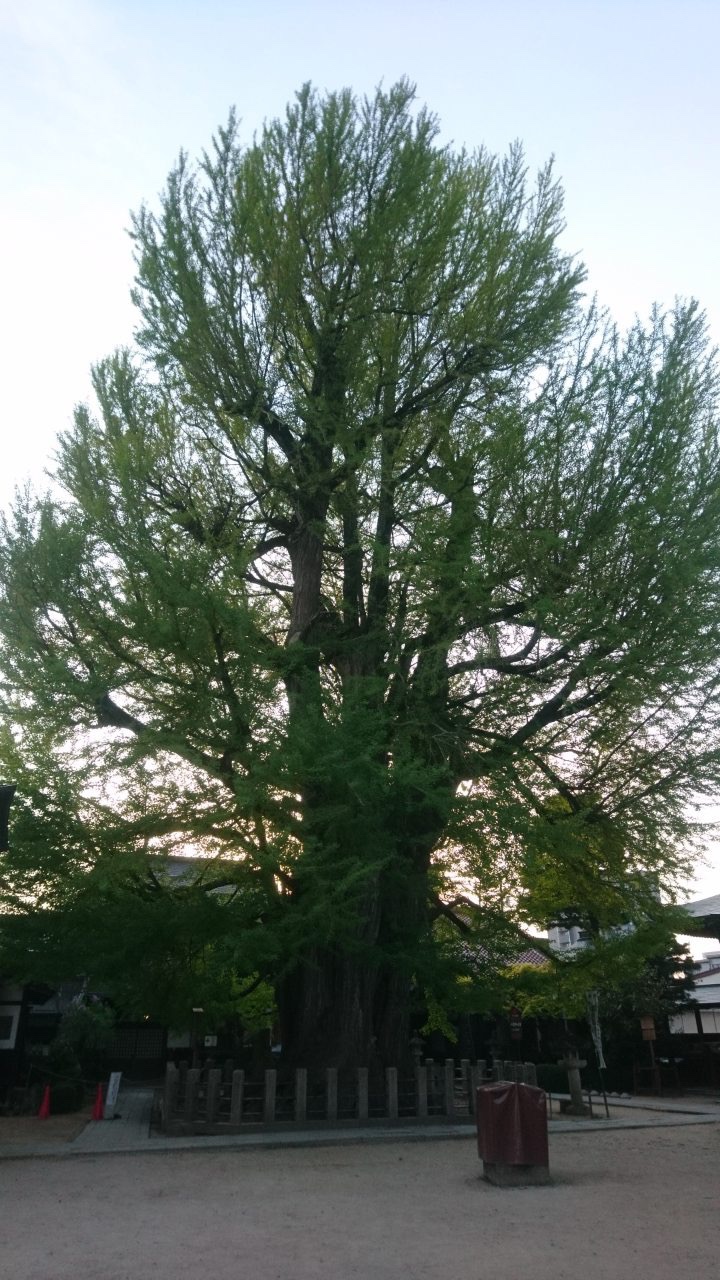 The pagoda is about 500 years old, and the main temple is the oldest structure in Takayama, built in year 757. The wooden gate, where we met our new found friend, was inherited by the temple when the Takayama Castle was destroyed in 1695. 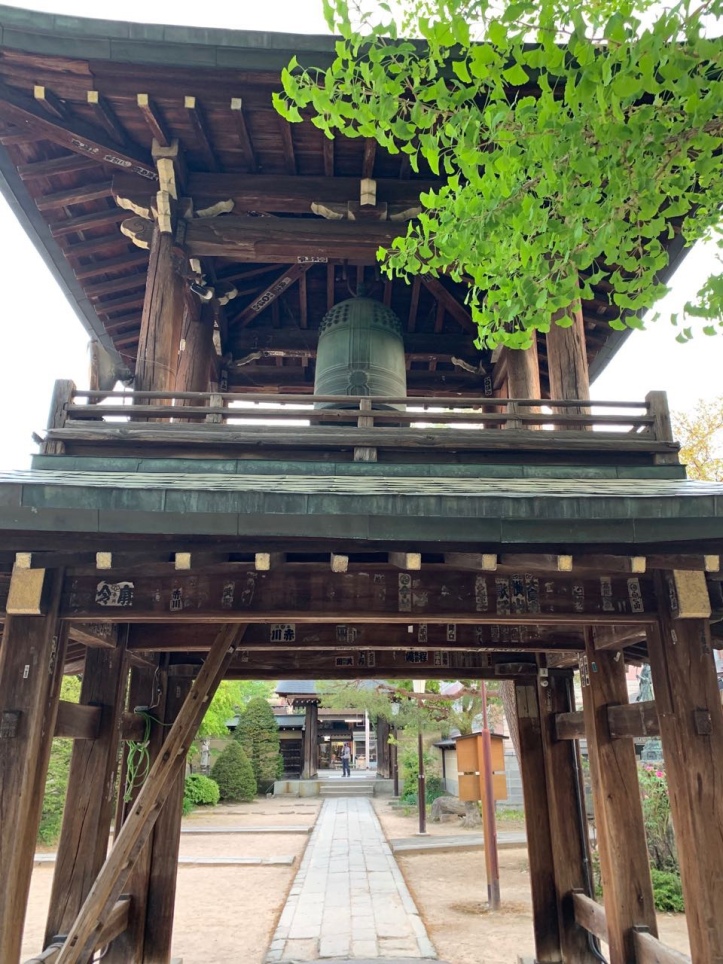 I guess finding this historical gem is icing on the cake. The highlight of this discovery, really, is this good boy who gamely greeted everyone who entered the gates and warmed up to those who stroked his fur. He reminds me of Rex, who I miss terribly. If he could only be with us in this trip, he would have loved to splash around the cool waters of the Miyagawa River.