Remnants and a Mural

As we walked downhill from Rue Notre-Dame in Quebec City, at the corner of a curve, two things stood out for me: a big mural and remnants of an old structure. 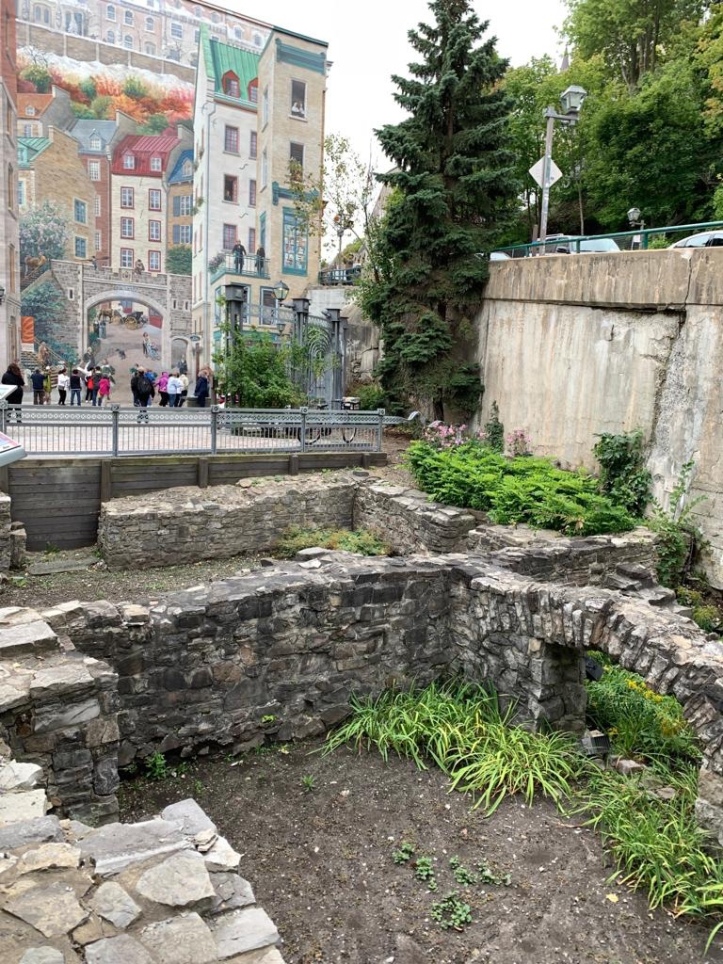 The foundation remains that stood nearby were from the then famous Mountain Hill Hotel, also known as Frechet’s Mountain Hill House which burned down in 1948. It had 155 rooms and opened its doors on 1855. It was frequented by tourists, politicians and merchants. 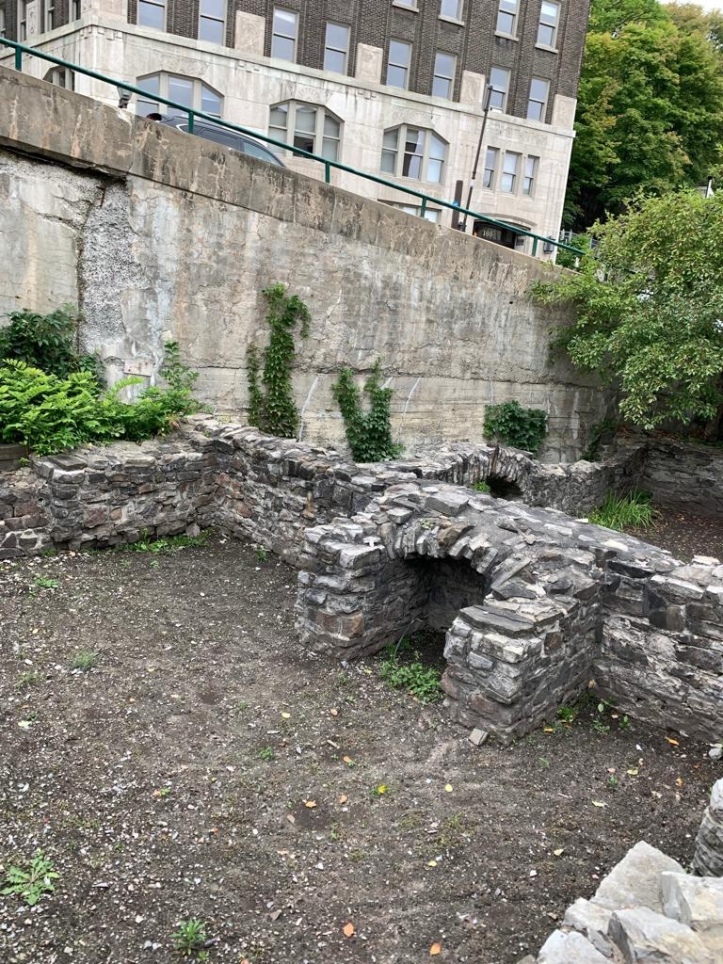