Hue, Vietnam, used to be the imperial capital of Vietnam. From Hanoi, D and I hopped on a Vietjet plane and flew around an hour to get to Hue. It was more traffic-free compared to Hanoi, and definitely not as busy. We checked in our AirBnB which was a stone’s throw away from the Imperial Citadel which used to house the Nguyen royals. Since D and I were not joining a group tour, our landlady recommended we get the two-day pass which covered the Imperial Citadel, Tu Duc Tomb, and the Lang Vua Minh Mang. She said it would take at least three hours to explore the Imperial Citadel, and getting the 2-day pass would save us more money. So we did.

And we were not disappointed. This alone made the separate flight to Hue worth it.

The Imperial Citadel was a grand complex, surrounded by a high brick wall. Though a lot of its original structures are now in ruins, it gave a good imagination of how the Nguyen Dynasty used to live. My favorite parts of the Imperial Citadel were the gardens surrounding the place of worship, and the beautiful Duyet Thi Duong Royal Theatre. There was also a part of the citadel that was called Forbidden Purple City.

D had a blast taking loads of photos, while I contemplated on what the audioguide was saying, imagining I was back in time and living in one of its palace. I’m not sure I would have survived, to be honest. The place was beautiful but I think this grand lifestyle would have made me lonely. 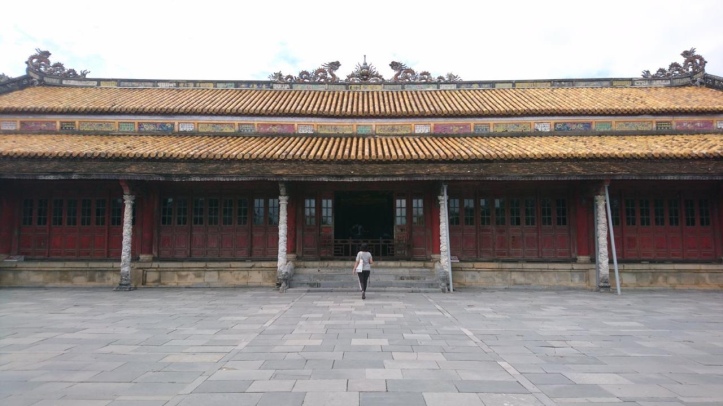 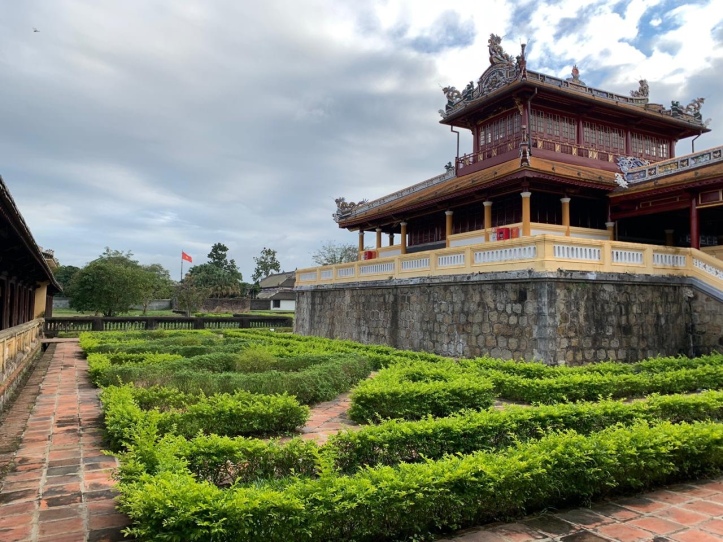 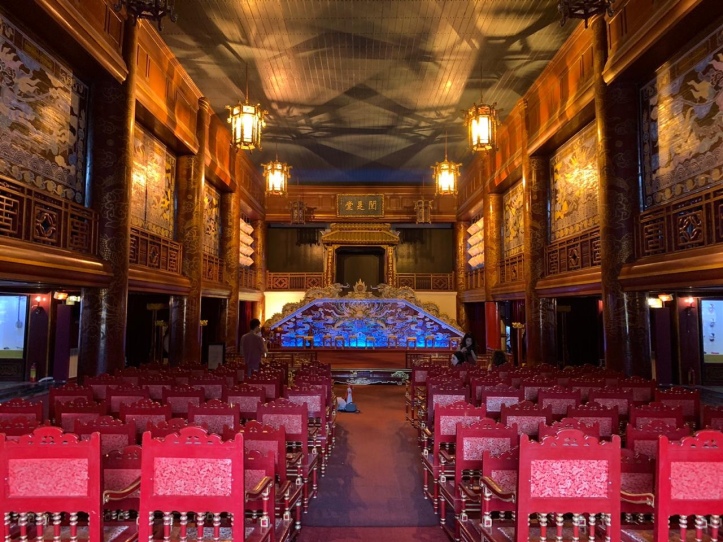