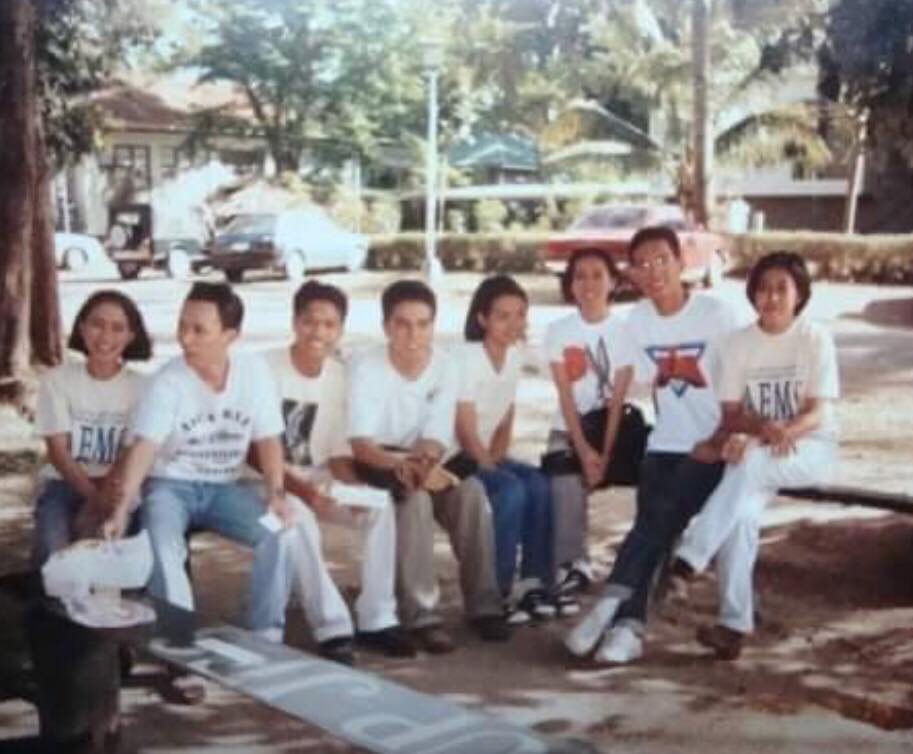 Was chatting with a friend based in the US and when she said she was still feeling down, it got me worried. Found out she was still getting over the sentimental feels from watching Ang Huling El Bimbo The Musical from the internet the other day. Ah yes, when that musical was first shown at Resorts World Manila my friends and I queued up to watch it. The songs were from the iconic. Eraserheads after all, and most of them I definitely enjoyed back in the late 90s – university days, aka the most carefree years of my life.

Before the rise of the online realm, my academic organization friends and I would hangout at a place we call tambayan, while waiting in between classes, or sometimes for hours from sundown to a little past midnight. Our tambayan was next to the library, composed of three benches formed to shape a triangle, with the leaves of the nearby trees shading it. There’d be stories, laughter, food (and drinks discretely passed around). Everyone was welcome, and though we had our own mini cliques, all felt comfortable with everyone else in the group.

At the other side of the campus, my sorority’s tambayan would almost always have someone strumming the guitar on Thursday nights. Ang Huling El Bimbo and Kailan by Eraserheads were regular songs. Thus the tug at my heartstrings when The Musical was advertised a couple of years ago.

I don’t know if physical tambayans still exist or if groups hanging out singing while someone strums the guitar is still a common sight in my university these days (well, outside the lockdown). Last weekend, a few friends from my academic organization and I had an impromptu messenger video chat. We hardly noticed the time as we laughed and reminisced about the good old university days. We’ve grown two decades older, but the conversations and the jokes felt like we were still 21.